The first graph clearly highlights the alarming rising temperature trend that set the scene for our Australian 2019/2020 bushfire season. Graph 2 and 3 focus on satellite-based data specific to New South Wales over the past 16 years.

Below is their article:

Data from satellite sources assembled by the United Nations Environment Programme’s (UNEP) World Environment Situation Room confirms that the wildfires in Australia in the last two months of 2019 and the first six weeks of 2020 were far from normal.

2019 was the second hottest year on record since 1880, and Australia recorded its warmest temperatures ever in December 2019.

“Rising temperatures continue to melt records. The past decade was the hottest on record. Scientists tell us that ocean temperatures are now rising at the equivalent of five Hiroshima bombs a second.
One million species are in near-term danger of extinction. Our planet is burning,” says United Nations Secretary-General António Guterres. 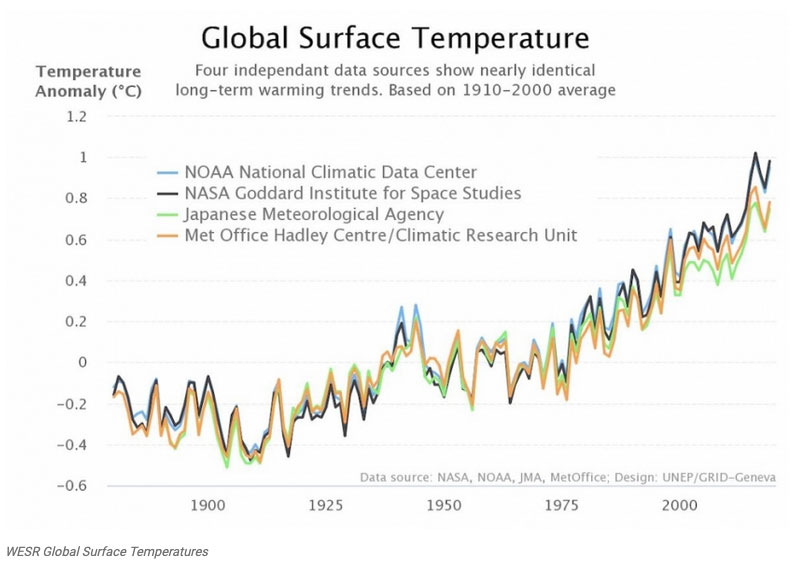 “The trend is very clear: 37 of the last 40 years were the warmest recorded since 1880, and the six warmest years recorded were the last six years,” says Pascal Peduzzi, Director of UNEP’s Global Resource Information Database in Geneva. “For those who think Australia is always burning, the following graphs clearly show that these fires were exceptional.” 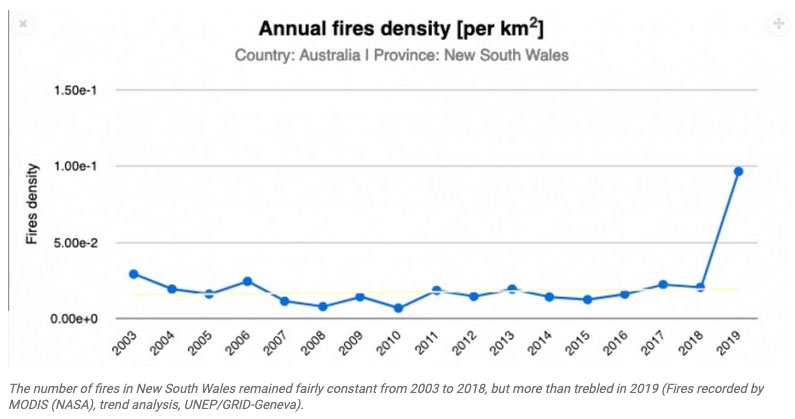 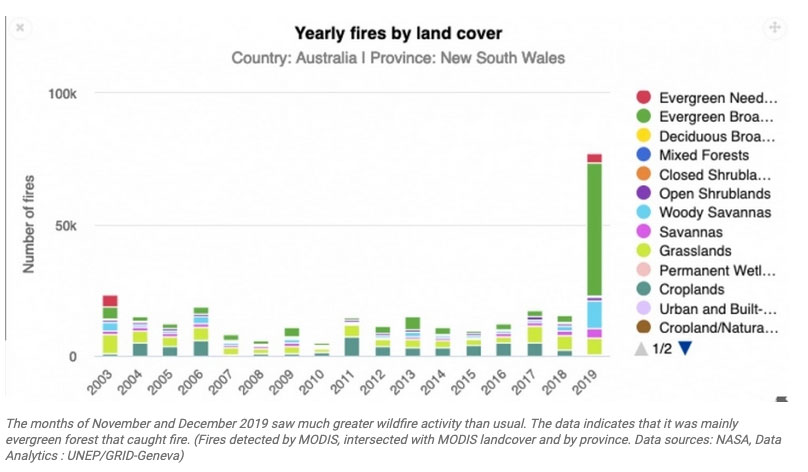 “This service, accessible via the UNEP’s World Environment Situation Room, is provided for all countries at national and provincial levels. It identifies trends in wildfire activity since 2003, when the data first became available and monitoring began. We have sliced and diced the satellite-based data on wildfires worldwide from 2009 to the present day. We analyse the wildfires’ data by month, type of land cover, protected area, province and nation to produce information products,” Peduzzi adds.