The core technology was created by the German Aerospace Institute (DLR)

FireWatch is the result of collaboration with the German Aerospace Institute (DLR), resulting in our induction into the Space Technology Hall of Fame 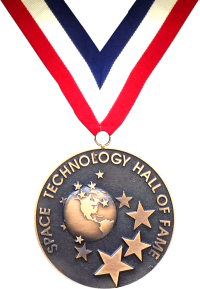 After over 6 years of success in Germany, FireWatch Australia introduced the technology in Australia in 2010.  The system was trialled in the Otway Ranges in Victoria and a series of controlled tests in Tumut in New South Wales as part of a trial of early detection technology funded by the Federal Government.

The 2010 trials whilst suboptimal in a number of ways, showed the potential of the technology and since this time, FireWatch has been significantly improved and perfected with substantial continuous investment.  The systems trialled in 2010 were Generation 2 systems.  Today we are rolling out Generation 7 systems around the world.

Mr. Engel is a member and official advisor in disaster management to the State Government of Brandenburg and is the Head of the FireWatch Operations Centre in Wunsdorf.

Fire Operations Report, Germany:
The Vulnerability of Forests of Brandenburg – A concentrated wildfire risk on a massive scale

Brandenburg is among the areas with the highest wildfire risk in Europe, comparable to the volatile Mediterranean region.

The reasons are as follows:

Since 2001, more than 100 IQ FireWatch sensors have been successfully protecting the national forests of Brandenburg, saving lives and property.

Visit IQ FireWatch … and the German FireWatch website, to learn more about FireWatch operations in Germany, other European countries and global locations.

Bushfire royal commission: ‘Black Summer’ played out exactly as scientists predicted it would

ABC's political reporter Georgia Hitch, has written an article about the findings from the recent Bushfire Royal Commission. Click here [...]

Modern Wildfire Management with IQ Fire Watch can be admired in the forest fire control center south of the Landesbetrieb [...]

ABC's Joel Werner and science reporter Suzannah Lyons, for the Sum of All Parts, summarised the 2019-2020 Australian bushfire season [...]