FireWatch Australia is committed to working with the all levels of government to deploy a comprehensive early bushfire detection and management network.  We are able to integrate all existing information systems, terrestrial and satellite resources into the seamless information tool needed to empower the public and the emergency services to best deal with the ongoing threat of catastrophic bushfires each summer. 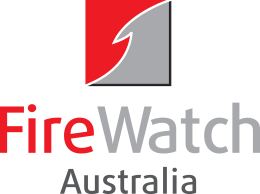 FireWatch Australia is an independent wholly owned Australian company that has the exclusive distribution rights for the FireWatch system throughout the Asia Pacific region.  FireWatch Australia is committed to working with the Federal, State and Local Governments to create a national network of FireWatch sensors to deliver real-time information about bushfires into the hands of emergency services agencies.

The FireWatch early warning bushfire detection system is based upon technology developed by the German Aerospace Institute (DLR) as part of the NASA Mars Pathfinder Mission.

The European Space Agency had the responsibility of surveying the surface of Mars prior to the Pathfinder vehicle landing on the Red Planet, and it is this patented scanning technology that innovative German company IQ Wireless developed into FireWatch.

The FireWatch system utilises tower-based digital sensor technology and sophisticated software to detect the presence of smoke, day and night. It has the capability to cover enormous distances of up to 40kms depending upon topography. It functions by detecting the difference between 16,384 shades of the colour grey and has a number of sophisticated mathematical algorithms which can discern the unique characteristics of smoke.

The FireWatch system is automatic requiring no human assistance to detect the presence of smoke which is always visible well before flames come into view. Operators only need determine that the automatic alert generated by the system is actually a bushfire and not a known emission source.

With the use of cross bearing from another sensor, the exact location of the fire can be transmitted to the appropriate emergency services agency to enable to right resources to be deployed to extinguish the fire, often well before the human eye can detect it, especially at night.

With the system being a proven success in Germany over the past eight years, FireWatch Australia introduced the system to Australia and throughout the Asia Pacific region. The product was trialled in the Otway Ranges in Victoria and a series of controlled tests in Tumut in New South Wales as part of a trial of early detection technology funded by the Australian Government.

Designed for deployment in space, the patented FireWatch technology has been successfully adopted to serve our bushfire emergency needs.

Once a bushfire is running, fire management officers need accurate, real-time information to give them the power to allocate and guide their resources to save lives and property.  FireWatch delivers this power into their hands as well as staying ahead of spot fires and wind changes.

The FireWatch early bushfire smoke detection system is based upon technology developed by the German Aerospace Institute as part of [...]